Natasha comes to Powers with a background in policy analysis, coalition building, and advancing legislative agendas for tribal clients. Throughout her career, she has worked to promote her clients’ legislative and regulatory policy goals in the areas of energy, land and natural resources, environment, economic development, and infrastructure. In addition to representing clients on Capitol Hill, she has represented clients before executive agencies, federal advisory committees, and energy industry groups.

Prior to joining Powers, Natasha was a Managing Director at Dentons in the Native American Law and Policy practice, and served as an in-house Legislative and Government Affairs Associate in the Navajo Nation Washington Office. Prior to these positions, , she served as Professional Staff to  the U.S. Senate Committee on Indian Affairs during Senator John Barrasso’s (R-WY) time as Chairman.  She was also on the professional staff of  Senator Tom Coburn (R-OK) and Representative Dan Boren (D-OK).

As Director of Tribal Government Relations, Natasha will focus on government affairs and advocacy strategies for the firm’s tribal practice. She joins Principals Brian Gunn, Paul Moorehead, and Kevin Wadzinski. 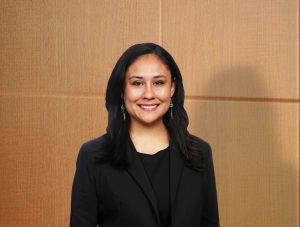 About the Powers Tribal Practice