Bobby Silverstein Quoted in Article on Americans with Disabilities Act

Powers Principal Bobby Silverstein was recently quoted in an article by Red Canary Collective that discusses the legacy of the Americans with Disabilities Act (ADA) and the ongoing fight for disability rights.

Bobby, who has been referred to as a behind-the-scenes architect of ADA, discussed the process of negotiating the bill and adjusting the language to satisfy both political parties. An excerpt from the article is below.

The bill required negotiation, listening and compromise. The U.S. Chamber of Commerce supported the ADA, but certainly not every office and store in the nation was thrilled. “There was a recognition of the need to address the legitimate concerns of business, and so they engaged in good faith with the disability community,” Bobby Silverstein says. “Because of that, I think we had a pragmatic bill that did the appropriate balancing and recognition of rights and legitimate concerns.”

Silverstein is a principal in a Washington, D.C. law firm, and former staff director and chief counsel to the Senate subcommittee on disability policy. He was Harkin’s chief disability aide and proved to be an extremely influential behind-the-scenes player in the birth of the ADA.

“The original version bill recommended by the National Conference on Disability had a provision that said that businesses had to provide reasonable accommodations unless they ‘threatened the existence of the business,’” Silverstein continues. “That sounds like a bankruptcy provision, and they said, ‘That’s not OK.’”

So, legislators changed the wording. “We ended up with ‘undue burden, significant district difficulty or expense,’” says Silverstein. 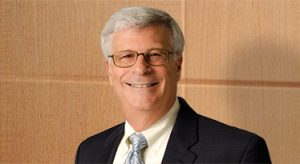