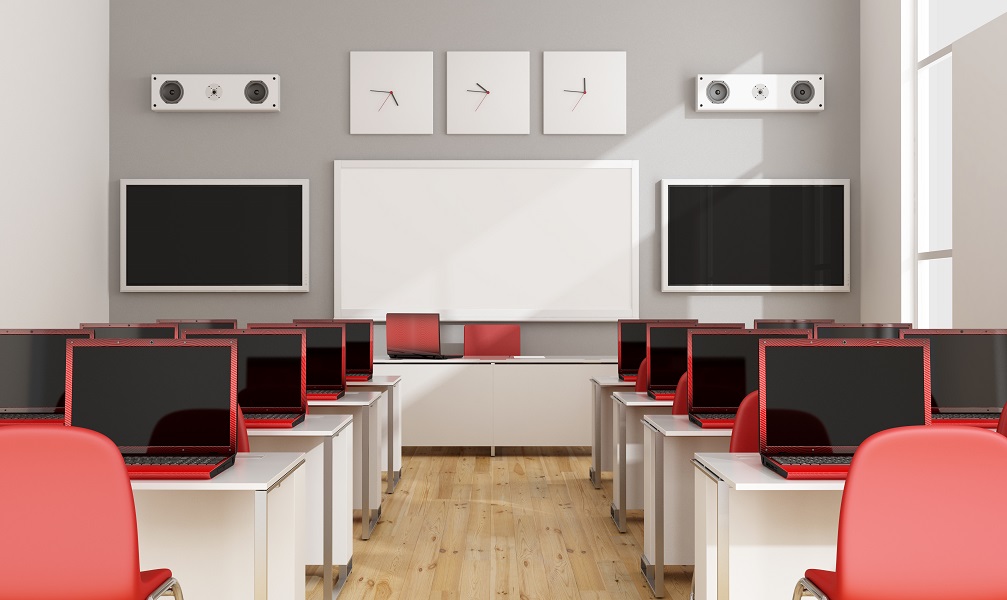 Washington Update is a monthly newsletter written by Powers Higher Education Specialist Sharon Bob that summarizes the latest Congressional and Department of Education updates in education policy. Click here for a PDF.

On May 6, 2021, House Education and Labor Committee Ranking Member Virginia Foxx (R-NC) and House Higher Education and Workforce Investment Subcommittee Ranking Member Greg Murphy (R-NC) sent a letter to the Government Accountability Office (GAO) asking it to examine the findings from a report on the federal student loan program’s finances that was commissioned by former Education Secretary Betsy DeVos in 2018.  The request follows a prior demand by the same Committee Republicans to the Department of Education that it immediately turn over the analysis that was first reported in The Wall Street Journal (WSJ).  According to the WSJ article, over the course of three decades, Congress’ various administrations and federal watchdogs had “systematically made the student loan program look profitable when in fact defaults were becoming more likely.”  The analysis found that the Department miscalculated student loan budgetary projections for years, and the lawmakers claim the Department is “hiding information from the public that could provide a more accurate depiction of the budgetary impact” of the federal student loan program.

It was reported that Secretary of Education Miguel Cardona told the House Appropriations Committee at a hearing held on May 5, 2021 that he supported the Department’s decision to not release the report.

A copy of the lawmakers’ letter is found at:

A Fact Sheet for the American Families Plan is available at:

At the hearing, Chairman of the Senate HELP Committee Patty Murray (D-WA) said:  “I have no doubt that when confirmed, Mr. Kvaal will fight for students, and against special interests – because it’s what he has always done.  Mr. Kvaal’s record shows he is clearly qualified to serve as Under Secretary of Education, and I’m pleased to support his nomination.”

Mr. Kvaal’s nomination now heads to the Senate for consideration, although a timeline has not been set.

A copy of Senator Murray’s press release is found at:

On April 21, 2021, Representative Lucy McBath (D-GA), along with Representatives Sara Jacobs (D-CA) and Kathy Manning (D-NC) as co-sponsors, introduced H.R. 2700, the For-Profit College Conversion Accountability Act, which sets forth the process of converting a for-profit institution to a nonprofit institution of higher education.  The bill was introduced following an April 20, 2021 hearing held by the House Education and Labor Committee, which addressed the conversion process.

Representative McBath said in a press release:  “In my own district, we saw first-hand what happens when an institution of higher education attempts to evade accountability.  The closure of Argosy University in 2019, after months of misleading students and an attempt to convert to nonprofit status, ripped off thousands of students and veterans, leaving them with untransferable credits, huge amounts of student debt, and degrees that aren’t worth anything.”

Ranking Member Virginia Foxx (R-NC) said in her opening statement that the nation’s postsecondary education system is in crisis with declining high school graduation rates, increasing skill-gaps, COVID-19 learning losses, increasing college costs, federal student loan debt, and an infiltration by China on U.S. college campuses.  She expressed disappointment that these issues were not being addressed during the hearing and instead there was a focus on for-profit colleges converting to nonprofit status, which only impacts 0.14 percent of such colleges per year.

The archived webcast can be found at:  https://edlabor.house.gov/hearings/for-profit-college-conversions-examining-ways-to-improve-accountability-and-prevent-fraud.

On April 21, 2021, Senator Bernie Sanders (I-VT) and Representative Pramila Jayapal (D-WA) introduced the College for All Act, which would make community colleges tuition free for all students and would make public colleges and universities tuition-free for all students from families with annual incomes below $125,000.  The bill would also double the maximum Pell Grant from $6,495 to $12,990.  The bill would:

A copy of Senator Sanders’ press release is found at:  https://www.sanders.senate.gov/press-releases/college-for-all-act-introduced/.

On April 27, 2021, Senator Tammy Baldwin (D-WI) and Congressman Andy Levin (D-MI) reintroduced America’s College Promise Act, which would create a new partnership between the federal government and states to help them waive tuition for eligible student residents for two years of community and technical college programs.

A copy of Senator Baldwin’s press release is found at:  https://www.baldwin.senate.gov/press-releases/americas-college-promise-act-2021.

Related to these bills, Senator Brian Schatz (D-HI) and Congressman Mark Pocan (D-WI) reintroduced the Debt-Free College Act, which would establish a federal-state partnership that provides a dollar-for-dollar federal match to state higher education appropriations in exchange for a state commitment to pay for the full cost of attendance without a student having to take on debt.

A copy of Senator Schatz’s press release is found at:  https://www.schatz.senate.gov/press-releases/schatz-pocan-reintroduce-legislation-to-end-student-loan-debt-crisis-2021.

On May 17, 2021, the Department of Education’s Office of Civil Rights (OCR) announced that it will be holding a virtual public hearing on June 7-11, 2021 to gather information for the purpose of improving enforcement of Title IX of the Education Amendments of 1972.  OCR will be seeking comments from the public on steps the Department can take to ensure that schools are providing students with educational environments free from discrimination in the form of sexual harassment.

The notice for the hearing includes:

A copy of the announcement is found at: https://www.ed.gov/news/press-releases/department-educations-office-civil-rights-announces-virtual-public-hearing-gather-information-purpose-improving-enforcement-title-ix?utm_content=&utm_medium=email&utm_name=&utm_source=govdelivery&utm_term=.

A copy of the notice is found at:  https://www2.ed.gov/about/offices/list/ocr/docs/titleix-publichearing.pdf.

On May 11, 2011, the Department of Education announced the availability of more than $36 billion in emergency grants provided under the American Rescue Plan (ARP) Act for postsecondary education.  These funds will assist over 5,000 institutions that can provide emergency financial aid to millions of students and “ensure learning continues during the COVID-19 national emergency.”  With this announcement, institutions will be able to target resources to all students with exceptional financial need.  Institutions can also use the funds to retain students by providing academic or mental health support systems for students.  “Additionally, institutions can reengage students by discharging student debts at their institution accrued during the pandemic.”  A portion of the institutional funds can be used by public and private nonprofit institutions to implement evidence-based practices to monitor and suppress coronavirus in accordance with the public health guidelines.

A copy of the press release is found at:  https://www.ed.gov/news/press-releases/us-department-education-makes-available-36-billion-american-rescue-plan-funds-support-students-and-institutions.

A copy of the “Higher Education Emergency Relief Fund III Frequently Asked Questions” is found at:

A copy of the new rule on student eligibility, which will allow undocumented students, those enrolled in the Deferred Action for Childhood Arrivals, and international students to access the emergency grants, is found at:  https://www2.ed.gov/about/offices/list/ope/finalheerfnfr.pdf.

On May 3, 2021, the Department of Education announced that it has selected Richard Cordray as the Chief Operating Officer (COO) of Federal Student Aid (FSA).  Mr. Cordray is the former Director of the Consumer Financial Protection Bureau (CFPB) and the former Attorney General of Ohio.  FSA is responsible for managing the $1.6 trillion portfolio of student loans owed by 45 million Americans.  During his tenure at the CFPB, the CFPB brought enforcement actions that returned over $12 billion to 30 million Americans.  Many members of the higher education community have concluded that Mr. Cordray will take aggressive action on student loans and for-profit colleges.

A copy of the announcement is found at:

On April 29, 2021, Federal Student Aid (FSA) reminded institutions that they must complete the annual DUNS number registration process as soon as possible.  The G5 website verifies the Data Universal Numbering System (DUNS) number in the General Services Administration (GSA) System for Award Management (SAM.gov) website before carrying out administrative actions that involve a DUNS number.  Completing the registration process now will allow schools to be automatically set up to later receive a Unique Entity Number (UEN), a new school identifier expected to be a mandatory implementation in all Department of Education systems in April 2022.

A copy of the announcement is found at:

FTC Sends More than $273,500 in Refunds to People Who were Scammed by Manhattan Beach Venture into Believing their Loan Payments would be Lowered or Eliminated

On May 5, 2021, the Federal Trade Commission (FTC) announced that it is sending more than $273,500 in refunds to people who lost money to a student loan debt relief scheme that charged them illegal upfront fees and tricked them into believing their student loan payments would be permanently lowered or eliminated.  According to an FTC complaint filed in September 2019, Manhattan Beach Venture deceptively marketed payment relief and loan forgiveness programs to people looking for help with their student loans.

A copy of the FTC press release is found at:

GAO Releases Report on How CARES Act Funds are Being Used

On April 20, 2021, the Government Accountability Office (GAO) released a new report on how institutions have utilized funding provided under the Coronavirus Aid, Relief, and Economic Security (CARES) Act for emergency funds to students.  As of November 2020, the Department of Education had awarded $6.19 billion to 4,778 educational institutions that applied for emergency student aid funds from the Higher Education Emergency Relief Fund (HEERF).  Of those funds, $3.1 billion was allocated to public four-year institutions, $1.3 billion to public two-year institutions, and $1.1 billion to private nonprofit four-year schools.  Within the total pool of funding, $372.8 million and $167.7 million were respectively allocated to private for-profit two- and four-year institutions.

A copy of the GAO report is found at:

On April 13, 2021, twenty-three organizations sent a letter to Secretary of Education Miguel Cardona urging him to address the borrower defense to repayment crisis.  They asked the Secretary to provide relief to borrowers who were defrauded and who were failed by the Department under then-Secretary Betsy DeVos.  The letter noted that by December 2019, the number of borrowers awaiting adjudication had increased to 200,000 from 17,000 in January 2017.  The Department’s decisions under Secretary DeVos led to a flood of “perfunctory denials” because the system churned out denials by ignoring ample evidence.  The letter went on to say that the system also “systemically disregarded relevant evidence of school misconduct.”

The organizations called on the Secretary to:

A copy of the letter is found at:

On May 4, 2021, the Commission of the Accrediting Council for Continuing Education and Training (ACCET) announced that Christopher Lambert has been appointed as the agency’s new Executive Director starting on May 17, 2021.  Interim Director Judy Hendrickson recently announced her retirement taking effect on June 4, 2021.  Mr. Lambert previously served as the Associate Executive Director of ACCSC and has extensive knowledge of the accreditation process and the regulatory environment for proprietary schools.

A copy of the ACCET announcement is found at: