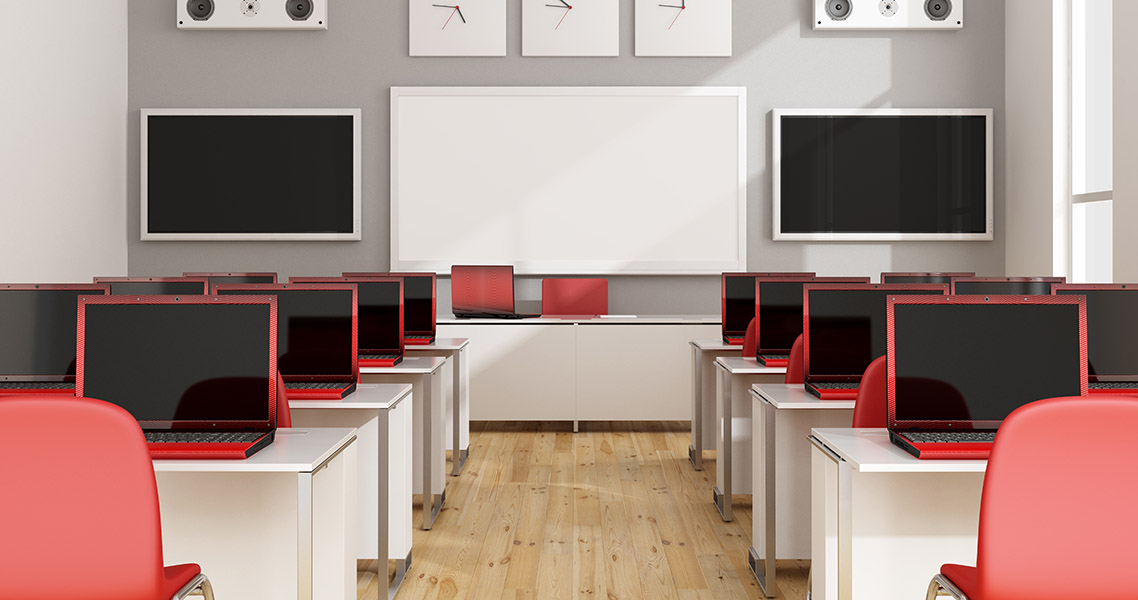 Washington Update is a monthly newsletter written by Powers Higher Education Specialist Sharon Bob that summarizes the latest Congressional and Department of Education updates in education policy. Click here for a PDF.

A copy of the White House Proclamation is found at:  https://www.whitehouse.gov/briefing-room/presidential-actions/2022/06/22/a-proclamation-on-the-50th-anniversary-of-the-federal-pell-grant-program/.

On June 30, 2022, the House Appropriations Committee approved by a vote of 32-24 the FY 2023 Labor, Health and Human Resources (HHS), Education, and Related Agencies Appropriations Act.  The bill now moves to the House of Representatives for additional consideration.  It is doubtful that Congress will approve a final version before the beginning of the federal fiscal year on October 1, 2022.  Key education provisions of interest include:

On June 30, 2022, the House Appropriations Committee released the House Report accompanying the Labor, Health and Human Services, Education, and Related Agencies Appropriations Act, 2023.  The following report language may be of interest:

“The Committee is disappointed by the inappropriately loose regulatory environment and sparse enforcement that has allowed OPMs to gain their foothold across the higher education landscape.”  The Committee recommends:

A copy of the report on the bill is found at: https://ncher.org/?mailpoet_router&endpoint=track&action=click&data=WyIxMTciLCJ3NHpybm5mYXdzZzB3d29zdzgwNGNna2djbzBnOHdrcyIsIjE2NyIsImQ0MTgzZDNmMDRiOCIsZmFsc2Vd

On June 23, 2022, Ranking Member of House Education and Labor Committee Virginia Foxx (R-NC) and Republican Leader of the Senate Health, Education, Labor and Pensions Committee Richard Burr (R-NC) sent a letter to Secretary of Education Miguel Cardona requesting an explanation from the Department of Education following reports that a radical lobbying group is influencing higher education policies.  In the letter, the Members wrote:

“It is very troubling to learn that the Department appears to be following advice from activists to inappropriately target an important sector in postsecondary education.  There has been public reporting on a meeting between Federal Student Aid Operating Officer Richard Cordray and the Debt Collective to discuss a memo the organization provided on closing private institutions of higher education without congressional authorization.”  The letter went on to say:  “When the conversation on quality is premised on the tax status of an institution, it is distracted from the most important metric to focus on: student success…[A]rbitrarily targeting for-profit institutions, while ignoring the atrocious outcomes of their non-profit or public peers, illustrates this administration is more focused on partisan politics than the success of our nation’s students.”

A copy of the press release, which includes the text of the letter, is found at: https://republicans-edlabor.house.gov/news/documentsingle.aspx?DocumentID=408392.

On June 8, 2022, House Education and Labor Committee Ranking Member Virginia Foxx (R-NC) sent a letter to Secretary of Education Miguel Cardona stating that the Biden Administration does not have the authority to provide widescale federal student loan forgiveness.  Ranking Member Foxx asked a series of questions on the structure of a loan forgiveness plan, including how means-testing would work, whether the Department of Education had worked with its federal student loan servicers, how it intends to communicate with borrowers, a timeline for implementation, and who will pay for such a plan.

A copy of the letter is found at: https://republicans-edlabor.house.gov/news/documentsingle.aspx?DocumentID=408346.

On July 13, 2022, the Department of Education published a Notice of Proposed Rulemaking (NPRM), which proposes regulations that are designed to expand and improve the major student loan discharge programs authorized by the Higher Education Act.  The proposed regulations are designed to alleviate student loan debt burdens for borrowers whose schools closed or whose schools falsely certified a borrower’s eligibility, for borrowers who are totally and permanently disabled, and for public service workers who have met their commitments under the Public Service Loan Forgiveness (PSLF) program.  The proposed regulations would also stop many instances of interest capitalization, which occur when unpaid interest is added to a borrower’s principal balance, which increases the total amount owed by the borrower.  Finally, the proposed rules would provide borrowers with their day in court if they have disputes with their colleges and universities.  The NPRM calls for a 30-day comment period or August 12, 2022.  The Department is aiming to finalize the rules by November 1, 2022, so they will take effect no later than July 1, 2023.

A copy of the NPRM is found at: https://lnks.gd/l/eyJhbGciOiJIUzI1NiJ9.eyJidWxsZXRpbl9saW5rX2lkIjoxMjgsInVyaSI6ImJwMjpjbGljayIsImJ1bGxldGluX2lkIjoiMjAyMjA3MTMuNjA2Nzc0MTEiLCJ1cmwiOiJodHRwczovL3d3dy5nb3ZpbmZvLmdvdi9jb250ZW50L3BrZy9GUi0yMDIyLTA3LTEzL3BkZi8yMDIyLTE0NjMxLnBkZiJ9.eUAN80XR3TJsZU6BuM5u7oullrISSD3lRx3DE8rbjC8/s/1843708029/br/139275411964-l.

A copy of the Department’s press release is found at:  https://www.ed.gov/news/press-releases/education-department-releases-proposed-regulations-expand-and-improve-targeted-relief-programs.

A copy of the Fact Sheet is found at: https://www2.ed.gov/policy/highered/reg/hearulemaking/2021/nprmfactsheet07042022.pdf?utm_content=&utm_medium=email&utm_name=&utm_source=govdelivery&utm_term=.

On July 12, 2022, Senator Richard Burr (R-NC), Ranking Member of the Senate Committee on Health, Education, Labor and Pensions, and Representative Virginia Foxx (R-NC), Ranking Member of the House Education and Labor Committee, sent a letter to Secretary of Education Miguel Cardona, requesting an extension of the public comment period from 30 days to 60 days.  The letter stated that while the proposed regulations are designed to “make critical improvements to student loan discharge program and make student loans more affordable for borrowers,” the Department is “trying to regulate its way out of following duly enacted laws and to further usurp the power of the purse assigned to Congress by the U.S. Constitution.”  The letter asserted that “[i]t is evident this proposal is part of a frenzied effort to meet a campaign promise to forgive as much student debt as possible before November midterm elections” and override the legislative process.”

A copy of the press release, which includes the letter from Senator Burr and Representative Foxx, is found at: https://www.burr.senate.gov/2022/7/burr-criticizes-department-of-education-for-subverting-congress-on-proposed-changes-to-student-loan-relief-programs.

On July 12, 2022, the Department of Education published a Notice of Proposed Rulemaking (NPRM) in the Federal Register, which proposed amendments to the Title IX regulations of the Education Amendments of 1972.  According to Secretary of Education Miguel Cardona in a press release of June 23, 2022, “Over the last 50 years, Title IX has paved the way for millions of women and girls to access equal opportunity to our nation’s schools and had been instrumental in combating sexual assault and sexual violence in educational settings.”  Secretary Cardona went onto say:  “As we celebrate the 50th Anniversary of this landmark law, our proposed changes will allow us to continue that progress and ensure all our nation’s students – no matter where they live, who they are, or whom they love – can learn, grow, and thrive in school.”

The proposed amendments aim to ensure that:

Public comments must be received on or before September 12, 2022.

A fact sheet is found at:  https://www2.ed.gov/about/offices/list/ocr/docs/t9nprm-factsheet.pdf.

A summary of the major provisions is found at: https://www2.ed.gov/about/offices/list/ocr/docs/t9nprm-chart.pdf.

A copy of the press release is found at:  https://www.ed.gov/news/press-releases/us-department-education-releases-proposed-changes-title-ix-regulations-invites-public-comment.

Chairman of the House Education and Labor Committee Bobby Scott (D-VA) said on June 23, 2022:  “The Education Department’s new proposed Title IX regulations mark a monumental step in our fight to address sexual harassment, assault, and discrimination in K-12 and higher education – all while preserving the rights of the accused.”

A copy of Chairman Scott’s press release is found at: https://edlabor.house.gov/media/press-releases/chairman-scott-applauds-new-proposed-changes-to-title-ix-rules.

Ranking Member of the House Education and Labor Committee Virginia Foxx (R-NC) said on June 23, 2022, when the draft proposal was released:  “Today’s proposed Title IX regulations are nothing more than a conduit for the Left’s woke agenda that will demolish due process rights and the safety of young women and girls across the country, with promised regulations still to come to undermine women’s access to athletic opportunities.  For an administration that claims to carry the torch for ‘equality’, these proposed regulations are steeped in hypocrisy.”

A copy of Ranking Member Foxx’s press release is found at: https://mailchi.mp/ca5f9f236375/foxx-statement-on-bidens-proposed-title-ix-regulations?e=8d0301ac66.

ED Announces Enhancements and Modifications as of July 2022

On July 11, 2022, Federal Student Aid (FSA) announced the availability of updated features to StudentAid.gov.   The new features include the following:

A copy of the announcement is found at:  https://fsapartners.ed.gov/knowledge-center/library/electronic-announcements/2022-07-11/studentaidgov-enhancements-and-modifications-starting-july-2022.

On June 22, 2022, Federal Student Aid (FSA) announced that it has decided to end its support of the Mobile App as of June 30, 2022, and instead will direct all students and parent borrowers to StudentAid.gov where applicants already submit their FAFSA.  According to FSA, there was low consumer engagement on the Mobile App, which was launched in 2018.

A copy of the FSA announcement is found at:  https://fsapartners.ed.gov/knowledge-center/library/electronic-announcements/2022-06-28/mystudentaid-mobile-app-be-retired-june-30-2022.

According to the regulatory updates that were posted on June 22, 2022, by the Office of Management and Budget (OMB) as “The 2022 Spring Agenda”, specific Notices of Proposed Rulemaking (NPRMs) will be delayed until April of 2023, which means that the earliest the regulations could go into effect would be on or after July 1, 2024.  The rules that are to be delayed include:

On June 22, 2022, the Department of Education released an announcement that it had reached a settlement in Sweet v. Cardona, a class action lawsuit that challenged the Department’s handling of borrower defense to repayment claims.  Under the settlement, the Department agreed to discharge over $6 billion in federal student loan debt for around 200,000 borrowers involved in the lawsuit who claimed that they had been defrauded by institutions of higher education.  The settlement still needs to be approved by a judge in order for affected students to receive debt cancellation.

A copy of the press release is found at:  https://www.ed.gov/news/press-releases/statement-us-secretary-education-miguel-cardona-sweet-settlement.

The Department noted two instances when written arrangements are not compliant with the Title IV regulations, which limit the percentage of the institution’s program that can be provided by the ineligible entity.  One category is where the ineligible entity provides a percentage of the academic program that exceeds the allowable regulatory limit.  This issue arises when the school says it is the entity delivering the training, but the Department determines that it is the ineligible entity actually providing the training based on various factors identified in the Dear Colleague Letter.  A second category is where an eligible institution enters into a written arrangement with an entity that provides a “gap-year experience,” and the eligible institution provides Title IV assistance to students who are not regular students but are enrolled primarily for the gap-year experience.

A copy of the Dear Colleague Letter is found at:  https://fsapartners.ed.gov/knowledge-center/library/dear-colleague-letters/2022-06-16/written-arrangements-between-title-iv-eligible-institutions-and-ineligible-third-party-entities-providing-portion-academic-program#.

On June 23, 2022, the Federal Trade Commission (FTC) announced it is sending more than $2 million to borrowers who lost money to a student loan debt-relief scam that operated under the name Student Debt Doctor.  In late 2017, the FTC sued Student Debt Doctor and its owner, Gary B. White, Jr. alleging that the company tricked consumers into believing they could receive immediate relief from monthly loan payments and complete loan forgiveness in return for a large, upfront fee.  In December 2018, the FTC announced a stipulated final order that bans White and his company from the debt-relief industry and from making misrepresentatives related to financial products or services.  In 2021, the Supreme Court ruled that the FTC lacks authority under Section 13(b) to seek monetary relief in federal court going forward.  The money being returned to consumers comes from settlements that were entered before the Supreme Court’s decision.

A copy of the press release is found at:  https://www.ftc.gov/news-events/news/press-releases/2022/06/federal-trade-commission-sends-more-2-million-students-harmed-debt-relief-scam.

On June 9, 2022, the Consumer Financial Protection Bureau (CFPB) took action against the owner of a student-loan debt relief company for allegedly withdrawing hundreds of thousands of dollars from student borrowers’ bank accounts, without any authorization.  The CFPB alleges that Frank Gebase, Jr. controlled a company that took the borrowers’ money after obtaining their names and account information from a previous student-loan debt-relief scammer that the CFPB shut down.  The proposed settlement, if entered by court, would ban Gebase from the debt-relief industry and order him to pay a penalty.

A copy of the CFPB press release is found at:  https://www.consumerfinance.gov/about-us/newsroom/cfpb-seeks-ban-against-operator-of-student-loan-debt-relief-scam-reboot/.