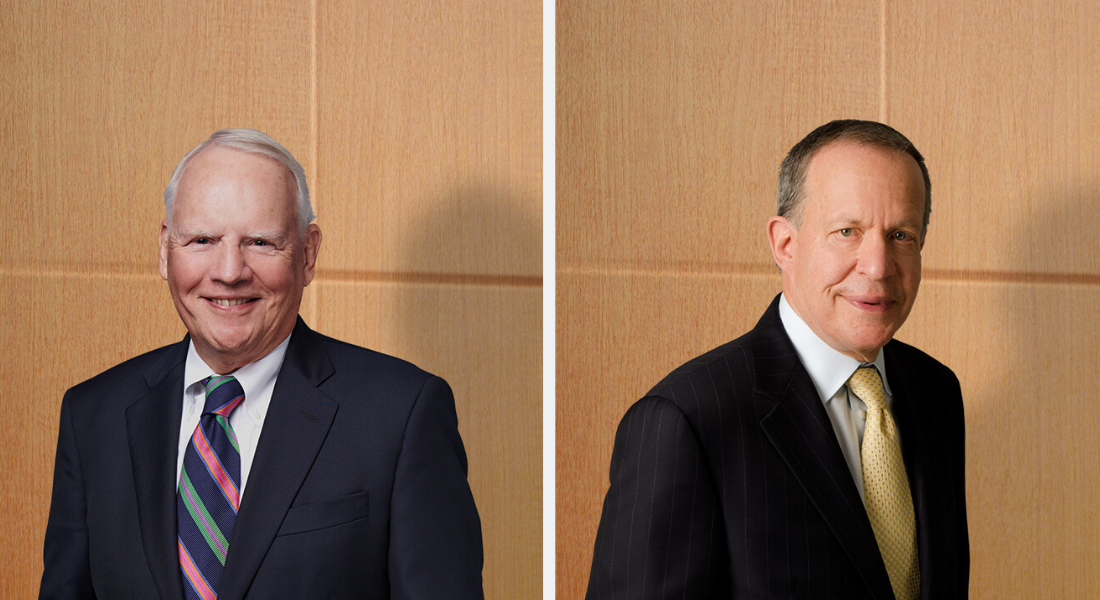 Attorneys Dick Verville and Harold Damelin retired from Powers on December 31, 2019 after long and successful careers practicing law in the nation’s capital.

Mr. Verville and Mr. Damelin are both highly gifted attorneys and have been valuable members of the Powers team for many years.

Mr. Verville joined Powers in 1994, when his firm White Fine and Verville integrated with Powers. At that point, the firm expanded into education law and officially became “Powers Pyles Sutter & Verville.” During his 25 years with Powers, Mr. Verville focused his practice on healthcare law, civil rights and disability law and legislation.

Mr. Damelin retires after 14 years with the firm—five years from 1998 to 2003 and nine years from 2013 to 2019. He was a leader in the firm for clients facing federal or state criminal, civil false claims, or regulatory investigations, as well as Congressional inquiries and Inspector General subpoenas.

Aside from his work with Powers, Mr. Damelin has held several government positions, including Inspector General for both the Small Business Administration and the Department of Treasury. Among numerous other honors throughout his career, Harry received the Treasury Medal in appreciation of his leadership and accomplishments within the Treasury Department.

Congratulations to both Dick and Harold on their successful careers and best wishes to both in the retirements!